Photo by Getty Images Plus / South_agency
Isabel Leveque, Science 37’s college correspondent, asks some important questions about suicide and the importance of tracking data.
By | Posted May 25 2018
13
8

Do you remember how excited you were for college to start? I do. I still get butterflies when I remember stepping onto campus for the first time as a wonderfully naive freshman. I was ready to spread my wings and fly away from the nest, something I was always encouraged to do while growing up. “Go explore,” my mom would say, “Get an education. You can take it everywhere you go, and no one can ever take it away from you.” I am now entering my senior year of college, and I have stretched, grown, expanded my horizons, left my comfort zone…you get the picture. It has been an experience filled with contradicting emotions. Excitement and exhaustion, happiness and anxiety, success and stress — they have nearly always come hand in hand. I’ve learned that this is typical for most college students. Another, more unexpected part of my college experience, but typical nonetheless, have been the emails from the dean notifying me of a student’s death, and later hearing through the grapevine that they in fact took their own life. I never thought about how those emails would affect my education.

Everyone has read those emails, in one way or another. It may not come from the dean or chancellor of a school, but you see it on the news. You read it in newsletters. Sometimes it is splashed across the front pages of newspapers if nothing else more exciting is happening in the world (but usually only if the death occurred at a school ranked high enough to cause outrage). And it’s the same story, every time. The student goes to a great university, gets good grades, is involved in the community, loves their family, and is generally well-liked. They have a good, high-paying job lined up for after graduation. The world is their oyster. And then, seemingly out of nowhere, this wonderful person has died by suicide. You just can’t believe it. How could someone with so much promise take their own life? Yes, everyone has heard that story. Except it’s not just one story. And it’s not just one suicide a year. And it’s not just that one person. If this problem is ever going to get any better, we need to educate ourselves. So, I have questions. 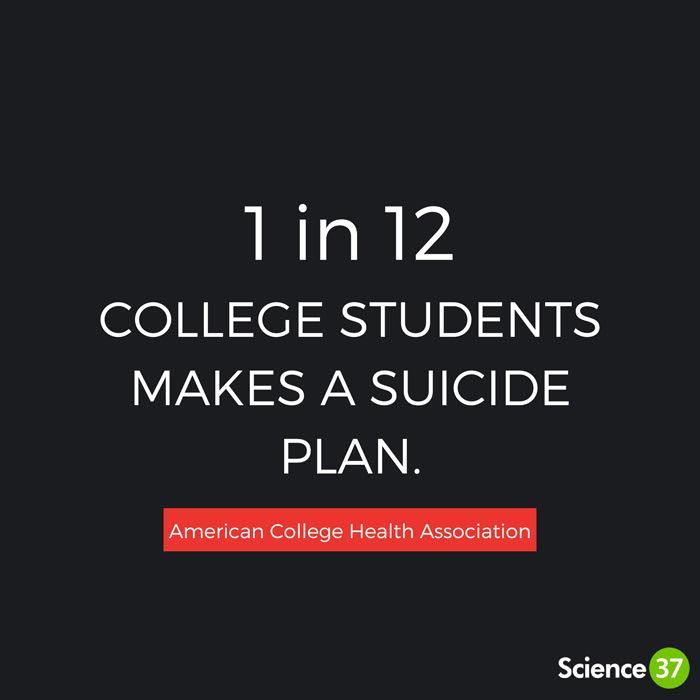 Prevalence of Suicide on College Campuses
Just how prevalent is suicide on college and university campuses? According to the Suicide Prevention Resource Center, suicide is a leading cause of death for college and university students in America, and the rate of suicidal thoughts and attempts peaks among young adults ages 18–25. In fact, more teenagers and young adults die from suicide than from all medical illnesses combined, and one in 12 U.S. college students make a suicide plan. These are some pretty frightening statistics. But these stats do not tell the whole story, and here’s why. There are no national databases or registries, and no single study compiling and analyzing suicide deaths, attempts, or thoughts among college students. And despite making large financial investments in prevention and mental health programs, the Associated Press reported that most of the largest U.S. public universities do not track suicide among their students.

Suicide on college campuses is a growing problem and yet schools are not collecting data on the issue. There are a lot of possible explanations for this, but I would like to highlight the justification that the Massachusetts Institute of Technology (MIT) offers. In an interview with the Boston Globe, a chancellor said that the suicide rate “is only one element,” and that the numbers are not what MIT considers most important. The chancellor further explains that they “think about this as individuals. These are our students and every death by suicide is so sad and devastating to our community.”

MIT has been battling the suicide PR war for many years as seen by reports by the Boston Globe, the New York Times, NPR, Time, and many others, and the chancellor’s statement fits into the current dialogue about mental health — taking a more holistic approach. But as more articles highlight the elevated rates of suicide on the MIT campus — even higher than the national average in most years — why isn’t collecting data a priority? Is MIT scared of losing its No. 5 ranking for U.S. News and World Report’s list of “Best Colleges?” 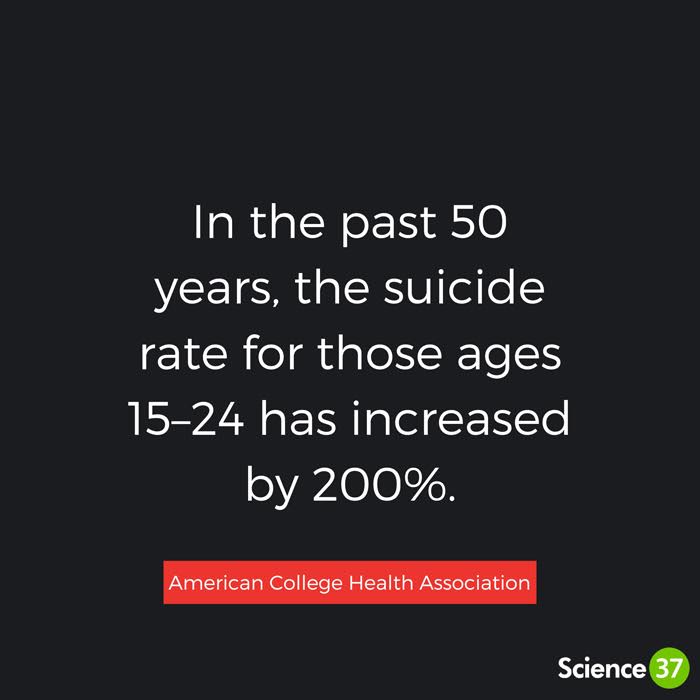 Addressing the Suicide Problem
I don’t mean to pick on MIT — the problem does not sit entirely on its shoulders. It lies on all of our shoulders. We know suicide is a problem on college and university campuses, but we can’t know the extent of the problem if we do not have the data. We do know that suicide rates have increased significantly in the general population in the last decade. We know that approximately 80 Americans take their own life everyday, and 1,500 more attempt. We also know, even with only limited data, that these statistics affect college students disproportionately.

At our institutions of higher education, where knowledge is supposed to be the No. 1 pursuit, where “a higher standard” is supposed to be taught and upheld, it seems to me that the issue of suicide is being pushed under the rug. This is a problem because, as Gordon Smith, a former U.S. senator from Oregon explained, “If you don’t collect the data, you’re doing half the job. We need information in mentalhealth if we’re actually going to be able to better tailor health and healing.” How can schools know where they are without the numbers? How can they fight a battle they do not fundamentally understand? 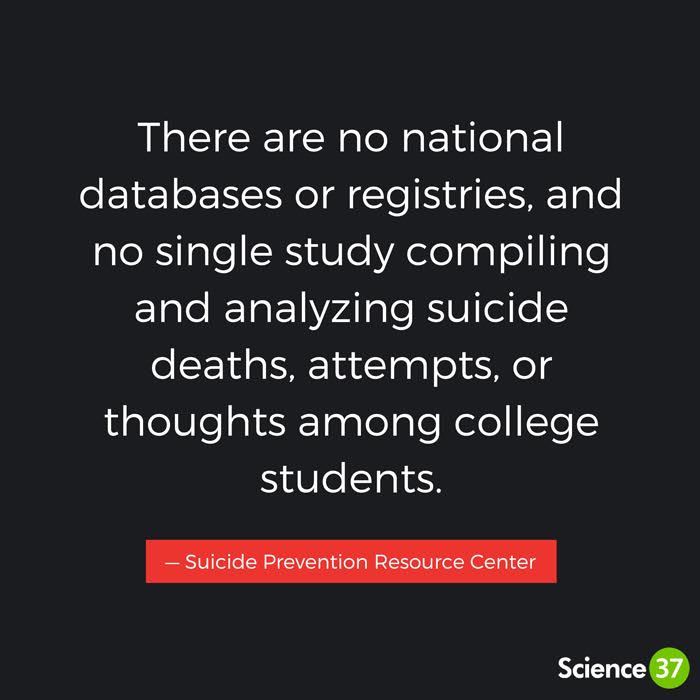 Exploring Other Avenues
We can introduce all of the suicide prevention programs we want, hire more counselors, and establish more “safe spaces” on campuses, but just throwing money at a problem is not going to fix it. Putting a band-aid over a gaping, gushing, ghastly wound doesn’t help anybody. What do we do until our nation’s schools step up to the plate?

The knowledge we would gain from simply keeping an accurate and up-to-date list would be a huge step in the right direction. But this is also a place where clinical research could help fill the void of knowledge between schools and their students on this particular topic. Clinical research can help provide the data that universities are lacking and help us address the unmet needs of this population. I’m not saying that a research study on college depression or a nationwide challenge to get eight hours of sleep a night during finals week will fix everything. But how do we know if we don’t try? 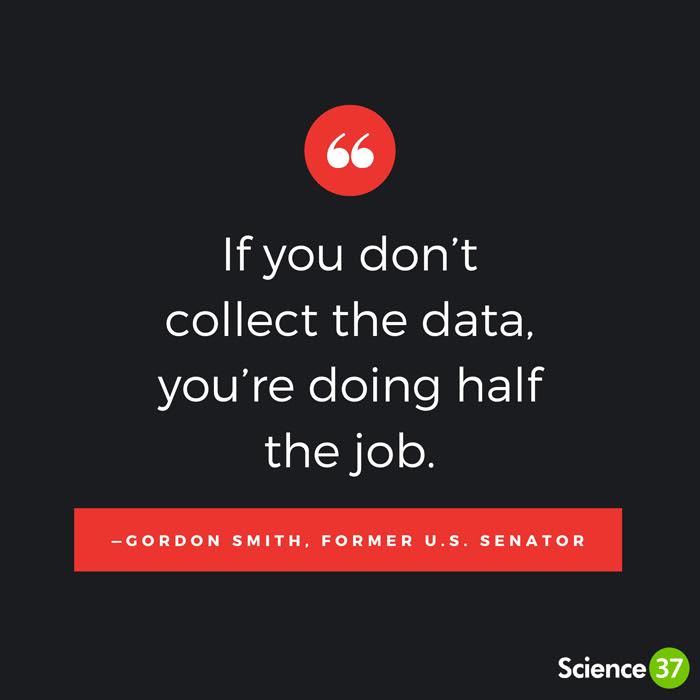