If I told you that I’ve never struggled with mental health during my college career, I would be lying. If I told you that I have never once found myself sitting on the floor of my dorm room, feeling like I was coming apart at the seams and my world was crashing down around me, that too would be a lie. If I told you I never questioned whether I could get through this thing called “college,” that would be the biggest lie of all. And I know I’m not the only one.

The importance of mental health cannot be understated. As a college student, I know that college can be a breeding ground for unhealthy behaviors and practices, and that students are feeling the pressure. But, once again, I’m not the only one saying this:

Plus, as I have discussed in previous posts, we know that one of every 12 college students makes a suicide plan and the suicide rate for those aged 15–24 has increased by 200% in the last 50 years. Clearly what colleges are doing to address mental health is lacking. So how can colleges do better? Here are some tips. 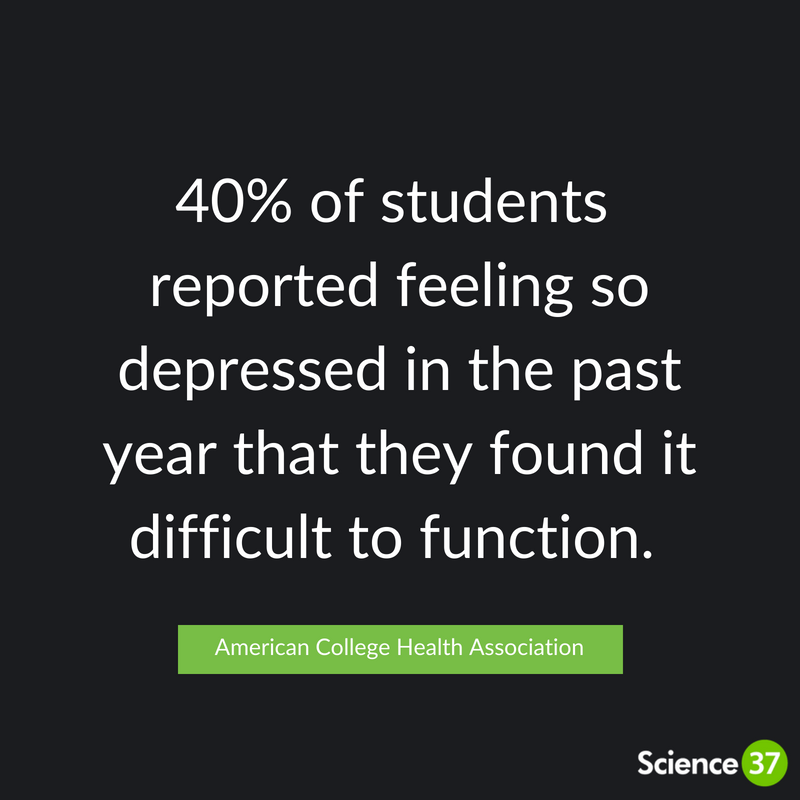 Tip 1: Invest in long-term mental health services.
It’s not enough just to talk about mental health — you’ve got to put your money where your mouth is. And there’s a lot of money floating around on college campuses. But is it floating to the right places? Currently, the average university has one professional counselor for every 1,737 students. With those kinds of numbers, some people are bound to slip through the cracks. In the Center for Collegiate Mental Health 2016 Annual Report, 139 institutions were surveyed about the mental health resources they offer to students. The report found that about half of the colleges did not have a counseling center accredited by the International Association of Counseling Services. Plus, of the colleges that did offer psychiatric services, only 13% of schools had full-time, in-house counselors. Nearly one-third of the schools had no psychiatric services at all. But let’s look at a case study comparing endowments, which schools receive for future investments and expenditures, to counseling services. Northwestern University has an endowment of $9.8 billion, and a three-week waitlist for counseling services. The school’s president is ranked No. 6 for highest-paid university presidents, but his students have to wait more than 20 days to talk to someone about their mental health. The most important factors for long-term mental health services are speed and accessibility — making the right investments can help switch the focus from responding to crises to preventing them.

Tip 2: Establish campus-wide mental health training.
High schools in New York and Virginia have started to integrate mental health awareness into the curriculum, starting at the 10th grade. When will our colleges follow suit? College students spend the most time with peers and professors, so those are the people that need to be able to notice the warning signs and be the first line of defense. But a boring lecture at freshman orientation isn’t enough (do you even remember your orientation? Me either.). So what could training look like? Let’s create classes — for credit — that incorporate mindfulness, meditation, and warning signs of diminished mental health. Let’s hold weekly stress management workshops and offer rewards to students who go to several in a row. Let’s have counselors in the dorms with regular office hours and monthly check-ins with residents. There needs to be a referral system for students, teachers, and administrators to report any warning signs that they see. We have some of the brightest minds running and attending our colleges, so let’s come up with more creative ways to train people how to notice how the people around them are doing.

Tip 3: Stop advertising college like it’s Disneyland.
Misleading marketing ploys to raise numbers and rankings, or tacking on an extra thousand to the tuition bill for “Student Health and Wellness” doesn’t help the situation. Let’s be honest, nothing is perfect, and no campus can be the “happiest of them all.” College is not Disneyland, and maybe if we stop unconsciously marketing college as a semi-adult theme park, people will stop treating it like one. This messaging isolates those who are not having the perfect freshman year (often expected to include a 4.0 GPA, handwritten invitations to every exclusive frat party, getting laid on the daily, drinking socially without getting sloppy or “blacking out,” all while getting enough sleep and keeping the freshman 15 off). In the social media age, our nation’s young people are particularly sensitive to the idea of perfection. No college can be the happiest, because happiness can’t be measured by a simple survey. Be real with us.

Tip 4: Promote mutual respect between students and professors.
Now I’m not saying every college student out there is 100% honest and upfront with professors about needing an extension for their final paper. But then again, neither are the “adults” in the workplace. When was the last time you told a little white lie to get a little bit more time, sympathy, resources, etc.? Exactly. Nobody is perfect, but as a college student, you sometimes feel like you have to be on point every day, make sure to do all of the readings and problem sets right after they are assigned, be involved in clubs, and also find the cure for cancer. I’m not saying we need to lower our standards. Students should be volunteering in the community as well as engaging in thoughtful, inspiring, and informed discussions in the classroom. We want well-rounded citizens of the world, not robots, right? But when we put limitations on the number of “excused absences” before a student automatically fails a course, not only does that imply, “I don’t trust you or your judgment,” but it also discourages students from taking care of themselves, asking for help, and exploring available resources. We need to stop assuming that kids are always looking for the easy way out. As a way forward, let’s give students the option of having individual mental health days so they can take a deep breath, refocus, and get back on track. Professors can reassess the way they test students’ knowledge and ask questions like, “Is this monstrous, make-it-or-break-it exam going to reflect all of the hard work my students and I have put in all semester?” I want there to be a greater mutual respect between professor and student than there is today.

Tip 5: Track the data.
As I’ve pointed out before, tracking the data around mental health and suicide is the only way we are going to figure out how to most efficiently and effectively combat the mental health crisis on college campuses. We need to track suicides. We need to ask our students about the resources they need. We need to ask again, what’s working, and what is not? Let’s include the students in this process. It won’t be easy, but we need to track this information to ensure the health and wellness of the next generation of leaders, thinkers, and doers. If our schools won’t invest in the success of our students, who will?

By no means do these tips address every problem that colleges face in promoting a healthy learning environment, but they’re a start. If I could, I would completely restructure the education system, starting with kindergarten. But I don’t have that power (yet). In the meantime, I’m going to set some personal goals. I’m going to glorify getting eight hours of sleep. I’m going to make a point of asking for help when I need it, instead of toughing it out alone. I’m going to practice proactive daily behaviors to manage stress and anxiety, including meditation, exercise, and diet. I’m going to make my mental health a priority, because I know what it feels like, sitting on my dirty dorm room floor and not being able to see the light at the end of the tunnel. It’s time for a paradigm shift. Actually, it’s long overdue.