Photo by Steve Debenport / E+ / Getty Images Plus
The answers to human illness are emerging in research labs around the world. Casey Quinlan shares her three wishes for speeding up the process.
By | Posted May 11 2018
2
4

“One never notices what has been done; one can only see what remains to be done.” ~ Marie Curie

I am the first to admit that I’m not the most patient of humans. I don’t like waiting around for anything. This might be an aftereffect of a couple of decades in television production, which involves a whole lot of waiting around, punctuated by flurries of activity accomplished at what seems like fast-forward 32X.

My patience with science is a little more forgiving than my patience while waiting for my coffee at Starbucks (since I drink venti dark roast, no room, I wonder why I have to wait at all), I track science news with a combination of hope and disappointment. Hope, because every new discovery offers the opportunity to end, or limit, the impact of a disease; disappointment, because too many stories with breathless “big breakthrough!” headlines have “in mice” in the fifth or sixth paragraph. 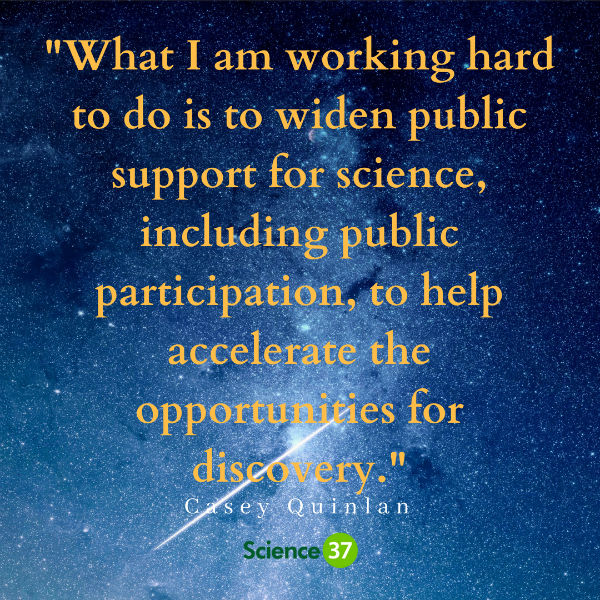 My Three Wishes for Research
I’m not looking to fast-forward science, though. What I am working hard to do is to widen public support for science, including public participation, to help accelerate the opportunities for discovery. To that end, here are my Three Wishes: